I’m pretty much a maverick – not a fan of rules at all – especially when it comes to styling my clients and myself.  I seldom even use the word, preferring to think in terms of “guidelines” instead.  Even so, when this dress violated every principle I usually follow, I wanted to identify the loopholes that made it work …

I sewed this dress myself, but the “rules violations” apply equally to ready-made clothes.  In fact, the project was inspired by this ready-to-wear garment (Cabionline.com) that broke my two most basic guidelines: fit (waistline hit 2″ too low on my body) and color (way too warm for me). I love it on my friend Sheila, but no way would it work for me. 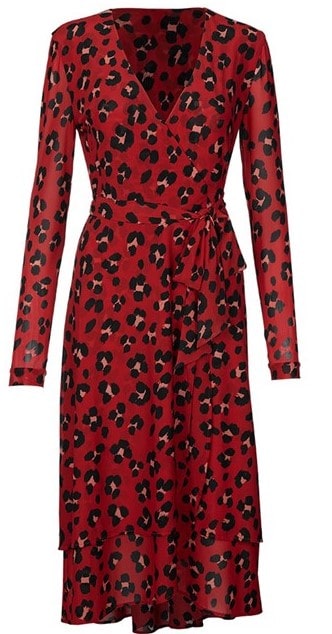 I had this print fabric on hand – a gift from a friend who works in garment manufacturing. The scale of those giant flowers is technically too large for my 5’3″ frame.  But it has 3 off-setting factors:

I wouldn’t normally choose a fuller skirt style either.  If you don’t already know my stance on flare vs tapered, you can read those guidelines HERE.  But again, there were mitigating factors at work:

Hope you can take some of your extra at-home time this week to play around with some of your own clothes and find more flattering ways to wear them – especially those that break some of your usual style “rules”.  We’d love to hear about your results!